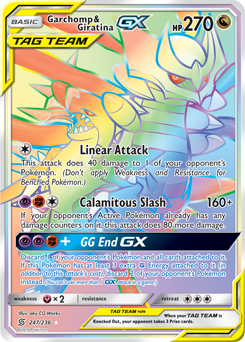 When your TAG TEAM is knocked out, your opponent takes 3 Prize Cards.