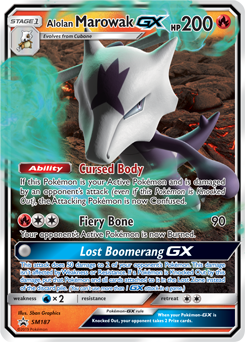 When your Pokémon-GX is Knocked Out, your opponent takes 2 Prize cards.