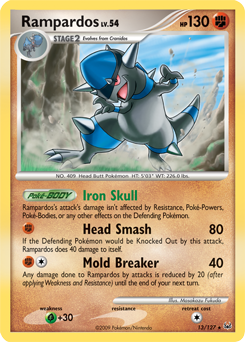 Rampardos’s attack’s damage isn’t affected by Resistance, Poké-Powers, Poké-Bodies, or any other effects on the Defending Pokémon.