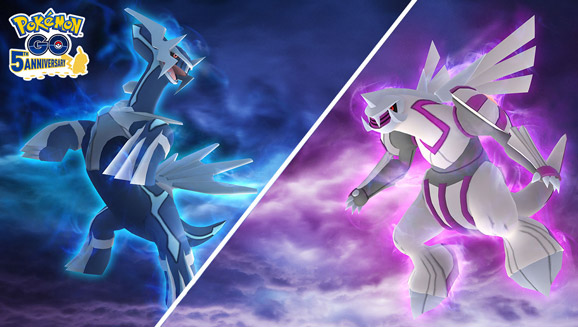 Encounter, battle, and catch Pokémon out of various eras from July 23 to August 3.

Travel through time with Pokémon GO's Ultra Unlock Part 1: Time event, running from July 23, 2021, at 10:00 a.m. to August 3, 2021, at 8:00 p.m. local time. As a reward for heroically completing all 24 challenges in the Global Challenge Arena during Pokémon GO Fest 2021, Pokémon from various eras will be appearing more frequently—look for them in the wild, in raids, as Timed Research reward encounters, and hatching from Eggs. Best of all, Dialga, the Legendary Temporal Pokémon, will be appearing in five-star raids through August 6, 2021, at 10:00 a.m. local time. Lucky Trainers may even encounter a Shiny Dialga!

Additionally, Trainers can encounter Unown U, Cranidos, Shieldon, Bronzor, and Klink in one-star raids. Aerodactyl, Porygon2, and Golurk will be appearing in three-star raids.

Complete Timed Research and themed Field Research throughout the event for reward encounters with Pokémon from the past and future.

Throughout this time-traveling gala, the following Pokémon will be appearing more frequently in the wild: Voltorb, Porygon, Omanyte, Kabuto, Baltoy, Cranidos, Shieldon, and more.

In addition to potentially encountering a Shiny Dialga, truly lucky Trainers might encounter a Shiny Unown U, a Shiny Cranidos, or a Shiny Shieldon.