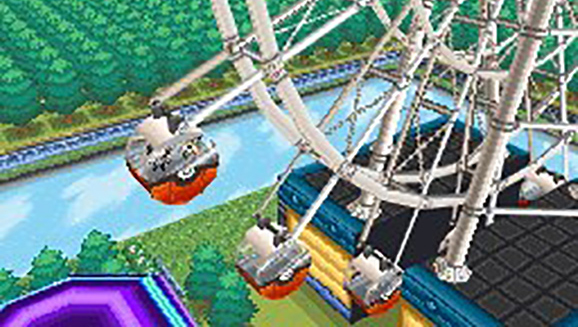 Revisit Unova, the region first seen in Pokémon Black Version and Pokémon White Version that brought us all sorts of amazing new Pokémon.

This year, we're celebrating 25 years of Pokémon with a look back at memorable moments from some of the many regions that make up the world of Pokémon. Now, our journey has led us to the Unova region, which was first introduced in Pokémon Black Version and Pokémon White Version before being revisited in Pokémon Black Version 2 and Pokémon White Version 2. Those latter two games were the first time any of the core Pokémon role playing games received direct sequels, so clearly there's a lot to recall about Unova! 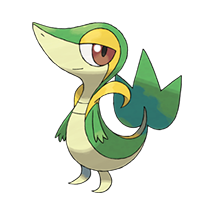 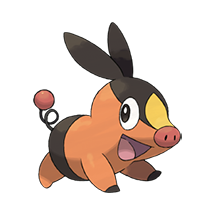 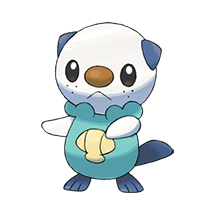 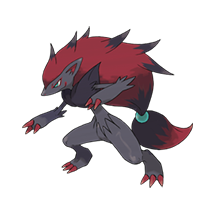 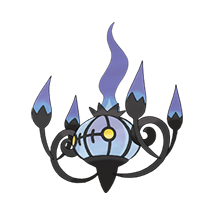 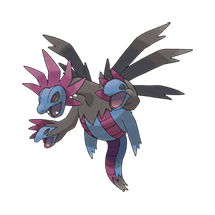 The first time Trainers ventured into Unova was when Pokémon Black Version and Pokémon White Version were released in 2011, and it felt unlike any other region that had been explored before. One of the main reasons for this was the selection of Pokémon native to the region. Each region from the series' previous entries featured a selection of newly discovered Pokémon, but mostly familiar Pokémon roamed the land. You will find no such familiarity in Unova.

Well, not at first, anyway. Over 150 new Pokémon were discovered in the Unova region, and those were the only Pokémon that Trainers would initially encounter throughout their adventure. This made the world feel fresh and promoted a renewed sense of discovery. Trainers couldn't rely on their tried-and-true strategies anymore, making battles more dynamic.

That all changes when Cedric Juniper, father of Unova's Professor Juniper, upgrades the Pokédex with the National Mode in anticipation of encounters with Pokémon that were previously discovered in other regions. Likewise, upon returning to Unova in Pokémon Black Version 2 and Pokémon White Version 2, Trainers come across plenty of well-known Pokémon.

But for that first trip to the Unova region, the opportunity to make all sorts of wonderful new Pokémon friends is one Trainers wouldn't soon forget. 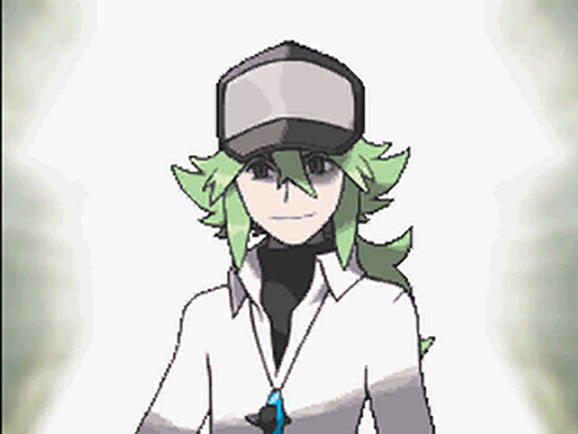 In the Unova region, Team Plasma is introduced during a rally being held by Ghetsis, a man who wants to liberate Pokémon from humans. After Ghetsis' speech, a friendly young man named N approaches you. He claims to be able to hear Pokémon's voices and seems to agree with Team Plasma's ideals. It isn't until later that Team Plasma's nefarious intentions come to light and N is revealed as their leader.

However, N's story isn't as simple as that. We later learn that as a child, the orphaned N was raised by Pokémon in the wild. He was eventually taken in by Ghetsis, who manipulated N's emotions and special connection with Pokémon to meet his own ends—indeed, it turns out that Ghetsis is the true leader of Team Plasma. Ghetsis was merely using N to revive the Unova region's Legendary Pokémon and fulfill his ultimate plan to control Pokémon and their power for himself.

Heroes and villains are often defined very clearly in the world of Pokémon, but N doesn't quite fit into either category. With his pure but misguided heart, he's truly a unique character in the series and is certainly one of the most memorable people you'll encounter in the Unova region.

Speaking of Kyurem, this Legendary Dragon- and Ice-type Pokémon is another one of the more notable aspects of the Unova region. Although the mighty Kyurem appears in Pokémon Black Version and Pokémon White Version, it doesn't have much bearing on the storyline until Pokémon Black Version 2 and Pokémon White Version 2. In these games, Ghetsis has returned and appears to have Kyurem under his control. By misusing Kyurem's power, he plans to freeze the entire Unova region.

But Ghetsis needs more than just Kyurem's strength. His plot involves using DNA Splicers to combine Kyurem with Zekrom or Reshiram to create Black Kyurem or White Kyurem, respectively, via a process called Absofusion. The resulting Pokémon must be stopped to save the Unova region.

Trainers who are able to catch Zekrom or Reshiram in Dragonspiral Tower will then have the opportunity to catch Kyurem in the Giant Chasm. Doing so will grant access to the DNA Splicers, after which these Legendary Pokémon can be fused together at any time.

Kyurem's ability to merge with other Legendary Pokémon into a new form marks the first time this phenomenon happened in the world of Pokémon. Later, we would meet the Alola region's Necrozma, which could fuse with Solgaleo and Lunala. We'd also meet Calyrex in the Galar region, who could mount its noble steed Glastrier or Spectrier. But don't forget—it happened first in Unova! 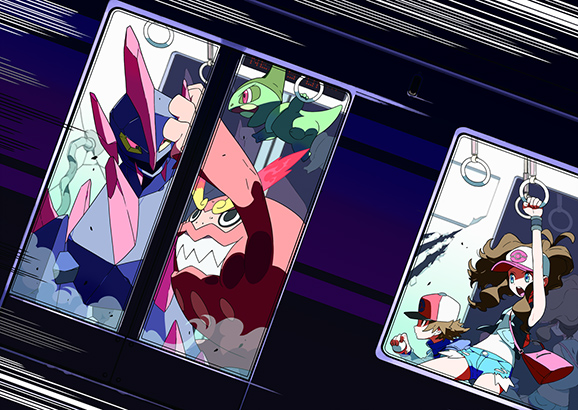 It's no secret that many regions in the world of Pokémon take inspiration from real-world locations, but Unova stands out as the first region to be inspired by parts of the United States of America—specifically New York City—giving the land a more urban flair than previously explored regions.

There are plenty of parallels that can be drawn between Unova and New York, such as Castelia City. This large, dense metropolis with its harbor-filled southern border is not unlike Lower Manhattan. If you compare a map of the Unova region with one of New York City, they're situated in very similar locations. Likewise, Unova's Liberty Garden is a small island in roughly the same location as Liberty Island, home of the Statue of Liberty. Liberty Garden may sport a lighthouse instead of a large statue, but the island does serve as a “symbol of hope for a world where humans and Pokémon live free.”

Other comparisons can be found if you know where to look. Skyarrow Bridge is similar to the Brooklyn Bridge, while Nimbasa City and its iconic Ferris wheel bring Coney Island to mind. And, like the Big Apple, people can get around by riding the subway. Of course, in the Unova region, it's called the Battle Subway, so Trainers had better have a team of Pokémon ready to go before boarding.

By drawing inspiration from such a large, diverse city, the Unova region rocks a vibe that's all its own. 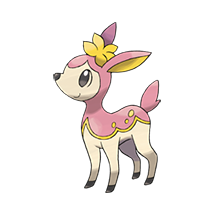 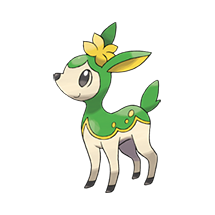 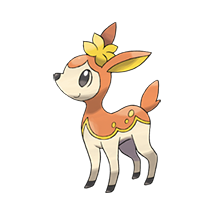 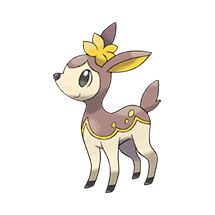 Previous titles in the Pokémon series featured functioning clocks that kept real-world time, allowing for day-and-night cycles or events that occur on certain days of the week. The Unova region, however, introduced the concept of seasons, allowing Trainers to experience the passing of spring, summer, autumn, and winter.

Of course, the seasons in Unova don't last as long as those in the real world, changing month-to-month instead. And while the changing seasons affect the look of the region, the differences are far from merely cosmetic. From season to season, different Pokémon can be found in the wild and certain characters will appear in different locations.

The seasons also affect how long daytime lasts. There are, for example, more daylight hours during the summer than in winter. Spring will bring rain to Unova, and new areas can be reached thanks to piles of fallen leaves in the autumn and snow drifts in the winter. Just be careful—snow can also block cave entrances that are easily accessible during other times of the year.

Two Pokémon heavily influenced by the time of year are Deerling and its Evolution, Sawsbuck, both of which are aptly categorized as the Season Pokémon. Depending on the season, you'll encounter these Pokémon's Spring Form, Summer Form, Autumn Form, or Winter Form. If you have Deerling or Sawsbuck in your party when the season changes, the Pokémon will change its form to reflect the new season. To keep these Pokémon in their current form, they simply had to be stored in a Box from the PC.

The Unova region's seasonal surprises add a fun twist to the world, giving Trainers something new to look forward to as they continue their adventure throughout the year. 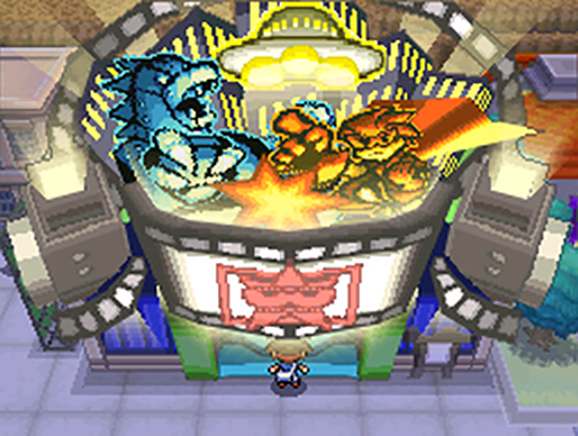 Any look back on the Unova region would be incomplete without a mention of Pokéstar Studios, the movie studio located just north of Virbank City in Pokémon Black Version 2 and Pokémon White Version 2. Here, you could create a number of short films starring your Pokémon (or rental Pokémon). While filming, you'll have specific missions to complete and dialogue choices to make while engaging in a uniquely scripted Pokémon battle. Your performance will affect the movie's ending—including some shockingly strange twists! The completed movie would then be released into theaters, earning you fans that could reward you with items and praise.

The Unova region is also home to a surprising number of Legendary and Mythical Pokémon. In addition to the aforementioned Zekrom, Reshiram, and Kyurem, you can also find the trio of Tornadus, Thundurus, and Landorus. There's also another trio of Legendary Pokémon in Cobalion, Terrakion, and Virizion. And if those weren't enough, the Unova region was where three Mythical Pokémon were first discovered: Keldeo, Meloetta, and Genesect. If you love rare Pokémon, Unova is certainly the place to go!

There's still lots more to see in our tour through the world of Pokémon. Check back soon—we'll be heading to the Sinnoh region next as we continue to celebrate 25 years of Pokémon!

And don't miss our previous Pokémon region retrospectives! They're filled with incredible moments and tons of fond memories: